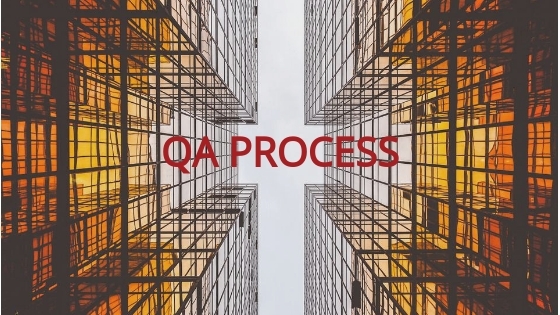 All posts from Alexandr Malyshkin
0

Our previous article described how to build a template for a testing round and what and why we need for that. But such template is just a tool and it is useless when not used correctly. So let’s drill down into QA process and its procedures we are using to let the testing be flowing fast and easily. Below, we are going to share the detailed instructions as well as some QA process improvement ideas.

However, before we begin, we have to recall in detail what our template is. This template is a Jira ticket and it has the following structure:

To build all the sections in the right way we will provide you with a box of short and precise instructions. Such boxes starting from here and further below are named `Step-by-step instructions box`. You can simply follow instructions in these boxes to build your own QA process workflow quickly and efficiently. When testing got stuck

“May I ask a question?” – “Yes, you may.” – “What are `Blocked` and `Blocked recently` filters in the box above?”. It’s a good and timely question. `Testing blocked` status is set to a ticket when this ticket cannot be tested because of some external conditions e.g. some infrastructure problems. And this status is a paradoxical one. On the one hand, such tickets are in testing at the moment so they have to be included in the scope. But on the other hand, they cannot be tested right now, so they don’t have to be included in the scope. Fortunately, we can treat them as ordinary tickets of the scope which have an additional attribute – `blocked` flag. This flag can also be represented by a link, we are using “blocks” -> “is blocked by” link type. As a result, the set of blocked tickets forms a “blocked ticket pool” which is a part of the scope rather than a separate scope. To be clear: blocked tickets are included in the scope so each blocked ticket is linked to the “scope holder” sub-task twice: one time as a part of the scope and another time as a ticket of the “blocked ticket pool”.

How to filter blocked tickets

And now these filters show the following metrics of the round:

And how to process them

In both cases, such processed tickets disappear from the mentioned filters. Simply, fast and comfortably.

Our template for the testing round is staffed with all the needed things, so let’s start a new round. The QA lead clones the template with all its subtasks into a new round ticket. Such cloning of the template creates a new set of filters which can be updated or removed according to our needs in this round. Then the QA lead links the new round ticket to the previous one and updates the summary/fields/description as necessary. When the new round ticket has been created, the QA lead checks all the filters and fixes the found broken tickets in one way or another. Such process allows us to fix as many mistakes as possible at an early stage i.e. before testing began. And it is very good because, as you probably know, the earlier a mistake is fixed, the cheaper its fix is. The result of the processing of `Precondition` section is a refined set of tickets ready for testing.

Combining and breaking the scope

As we described in the previous article, at this stage the QA lead defines the scope of the round and fixes it by linking all the scope tickets to the “scope holder” subtask. After that, they link all blocked tickets to the same subtask. And when the scope has been combined, the QA lead breaks it into retest sets. The templates of retest sets which were cloned together with the round ticket can be cloned again this time inside the round ticket to produce as many retest sets as we need. On the contrary, any retest set templates which aren’t used in this particular round can be simply removed. When all necessary retest sets are made, the QA lead fills them with lists of tickets from the scope. One question: should we include blocked tickets into retest sets? No! They are blocked and we have no information when they will be unblocked, so we cannot process them anyway. However, as mentioned above, we have a way to catch blocked tickets which became unblocked and after that, they can be added to retest sets. Eventually, testing was started and is proceeding. The QA lead uses filters from `Status` section to see changes and react to them. And even more, these filters give us numbers of tickets in each category, so we can create daily reports easily. Hmmm… Daily reports? Sounds like a repetitive task, doesn’t it? So… we can create a template for them! And the best place for such template is the round ticket: just add it to `Status` section of the testing round template. Then the QA lead can copy the report template from the round ticket, paste it somewhere, fill it with the actual numbers, and send to receivers. At some point, the QA lead finds that all the tickets have gone from `In testing` filter to `Resolved` (or `Reopened`). That’s wonderful! That means we have tested all the tickets:

We did everything! What’s now? Let’s start another round! Where is our template for the testing round ticket?..

A way to speed up your Selenium tests