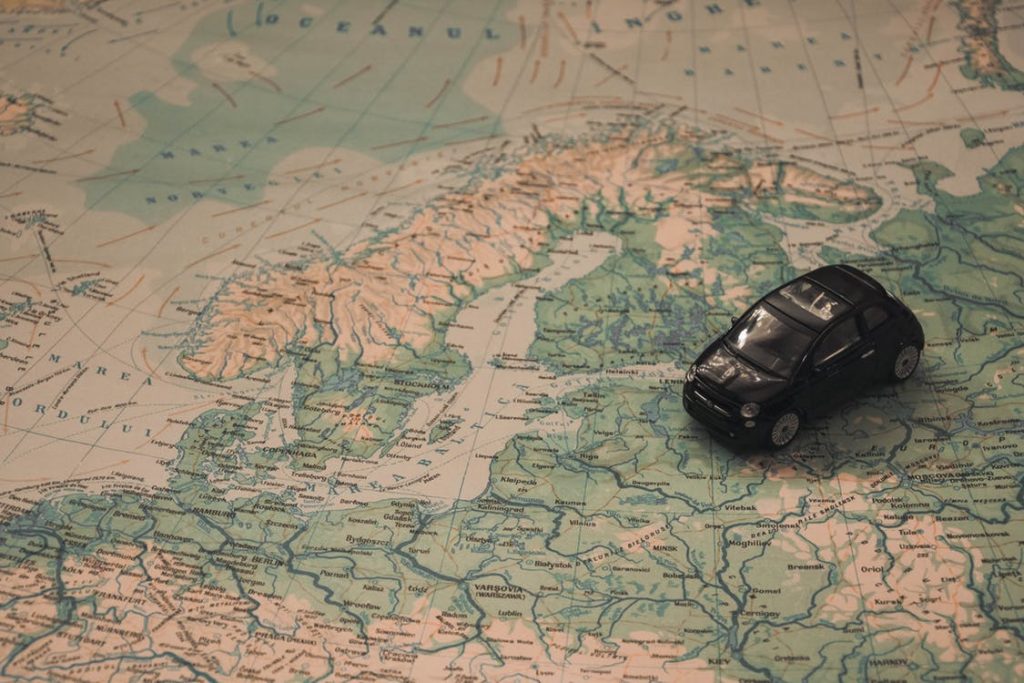 A lot of time has passed since Augmented Reality (AR) and Virtual Reality (VR) were introduced to people, and it was a very promising announcement. The new technologies were supposed to change and improve multiple spheres of our life. Now we have a bunch of applications using AR technology. Those applications vary from games (like Warhammer 40,000 free blade, The Machines) to some examples that really help us in our everyday life (AR MeasureKit, Sky Guide AR, IKEA Place). All those applications use only the phone itself, but the most useful outcome of the technology is when it is combined with another. Augmented reality can be combined with GPS locations to provide visual directions in different situations. Today we have a lot of navigators which guide users from point A to point B. The thing is that the user can’t see this path in the real world. Only on the map. And here augmented reality comes to help us. Let’s build an augmented reality app which will guide us along the path displayed on the map. To perform augmented reality development, I will use the Swift language, but those examples can be easily converted to Objective-C code.

A little bit of math If we were talking about a сartesian coordinate system, we could get those calculations by applying the Pythagorean theorem and some simple trigonometry, with sine and cosine operations. But we are talking about latitudes and longitudes of the Earth. And since the surface of the Earth is not flat, the math gets more complex. The distance is calculated by calling just a method of the class CLLocation. It uses the Haversine Formula which, from two different latitude/longitude pairs of values, calculates the distance by tracing a line between them that follows the curvature of the Earth. On the other hand, we have to calculate the bearing between two different latitude/longitude pairs of values manually. This is the formula:

Another thing to consider is that for the matrix transformation, we will have to use radians instead of degrees as angle units. As the length of the entire circumference is equal to 2π radians (360º), one radian is equal to 180/π degrees. So, our plan is when we receive the array of waypoints from Google service, using the formulas explained above, place a 3D model (or any other object) in the position of the first waypoint relative to your location inside the AR world. Then we put the second waypoint marker relative to the first one and so on.

Instead of ‘lat’ and ‘long’ variables you can insert any coordinates you want to center your camera at the start. Or you can use myLocation property of mapView object to get your current position and center your map on that position. After that we need to implement the ability to place marks on our map, we will use those marks to indicate the start and finish of our path. Adding markers on the map is quite an easy and common task, just implement the delegate method in your view controller class:

Next, we need to add ‘Get Path’ button. Callback code for this button will send a request to Google service providing the coordinates of the user position and destination marker position from our map. There are a bunch of ways to perform a GET request to the server, depending on your own preferences and needs and you can implement it in your own way. We need to send a request to the service using the following format: https://maps.googleapis.com/maps/api/directions/outputFormat?parameters where outputFormat is the desired format of the server answer (can be XML or JSON, we will use JSON) and parameters – the request parameters. We will use only five of them, but you can find a whole list of possible parameters here. We need to send:

Your request should be something like this: https://maps.googleapis.com/maps/api/directions/json?origin=lat,lng&destination=lat,lng&sensor=true&mode=walking&key=googleKey. We set JSON as our response format, instead of lat and lng you should place latitude and longitude of your origin and destination points. I set mode parameter to walking value, but you can select any mode you want. And finally you need to replace googleKey with your application Google ID. As a response to this request, you will receive a big JSON containing a bunch of data. We don’t need all of this data we need to parse the response and take only routes array from it. Usually this array will contain only one route (if it’s possible to build a route between the provided coordinates) and during the response processing we will simply take the first route from this array. The routes in the service response are represented by strings in a special format. All you need to do is:

The last item of the list can be implemented using the following code:

At this point, we have an application with the implemented Google Map display and path finding functions. We can request a path from Google service and process response to get waypoints as CLLocation. Now we can go to the main part of this work – the AR part.

First, we will create a new view controller. And add ARSCNView or ARSKView (the first should be used if you want to add 3D objects to the scene, the latter is for 2D images and sprites) to display the camera and augmented reality objects. To complete our initial setup of the AR scene, we need to add the view to this scene.

Now we need to import the object that will represent the waypoints on the augmented reality scene. As it was mentioned above, we can use a 3D model or 2D sprite for this purpose. In the code above we used ARSCNView and for the waypoints we will use 3D model. If you created your project using Augmented Reality Project template of XCode, then you should have art.scnassets folder in your project workspace. If you have used any other template, you need to create this folder yourself. To do that Next, open the New File dialog and scroll down to choose the Asset Catalog type. In the name field enter: art.scnassets and confirm extension changing (from xcassets to scnassets).

When you have art.scnassets folder inside your project, you need to add all needed visual resources (sprites, textures, models etc) in there. Most common 3D model formats used in iOS AR applications are .dae and .obj. We need to copy our model file in art.scnassets folder. Then return to XCode, open the Scene Graph View, select the main node of your model and, in the properties tab, give it a name, which you’ll use to reference it in the code for example: ‘waypoint’.

Now we will get back to the formulas from the beginning of this article and implement them in the code. To translate geo position coordinates in augmented reality scene coordinates we will use the function:

Main calculations are hidden behind transformMatrix function. To calculate the transformation matrix we:

Those steps can be implemented in the following way (main transform function):

Here goes the function for step 2 from the sequence above. We calculate the bearing, note that we are using radians instead of degrees, as it was mentioned above:

Next, we need a rotation matrix:

Then we need the translation matrix to work with the distance value.

All that we need to do now is to apply our transformMatrix function to all coordinates from Google Service and put markers or place 3D models on converted coordinates (instead of waypoint.dae you should use the name of your model):

This AR application can be used to guide users from one waypoint to another along the whole path. It’s not a new trend in the augmented reality technology and in the mobile development in general. We have some AR applications guiding users inside airport buildings. The main difference between those applications and our example is that we are using the real user geolocation and position and converting them to the augmented reality coordinates.

In the current implementation augmented reality solution is not very comfortable for users. The main point of this demo is to show how to work with a real geoposition and apply it to augmented reality. To make this technique viable, we should develop this kind of application for HoloLens or Google Glass.

How to choose a reliable SEO provider

iPhone 7: Our Next Obsession