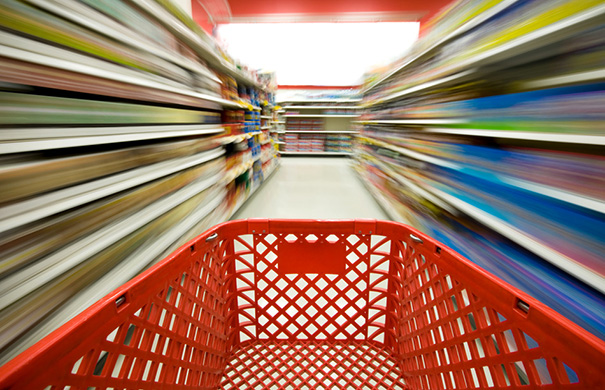 What sets your firm’s custom software apart from the generic products that anyone could buy from a third-party developer? Today’s enterprise applications and IT services play a great role in building consumer goodwill. So, if yours aren’t capable of handling high user loads, you might as well not even consider launching them. Your organizational success may very well rest on your command of highload Java application development. Are you up to the task? Here are a few simple ways to find out.

What Makes A Highload Application?

Traditionally, computer scientists defined a system’s load as the amount of computational work it performed. Today’s modern applications may employ greater networks and distributed computing systems, but the idea is similar. Highload applications are characterized by unique software and hardware architectures that are specifically built to support a great volume of user data requests and backend computations. Let’s look at an example.

Say one of your competitors wants to court a wider audience by providing a basic web app that lets corporate consumers track their orders and maintain purchase accounts. Such an app will most likely have to respond to multiple data queries simultaneously and keep track of thousands of requests on a daily basis. In addition, it will need to manage specific information for every single user account without once mixing up a pair of contact addresses or exposing private data to someone who shouldn’t have access to it. Because this hypothetical app must respond to a large number of concurrent demands and perform quite a bit of backend work, we can safely refer to it as being highload.

Highload Java application development involves a wide range of Java-based strategies that allow programmers to create richer apps, which can then perform better under user pressure. By applying these principles throughout the development process, it becomes possible to create solutions that handle transients more ably. Why Use Highload Java Application Development?

Java is an extremely flexible programming language. While it takes many of its cues from popular languages in the C/C++ families, Java was originally designed for the purpose of creating application-ready tools, such as application programming interfaces, or APIs.

Java employs the novel concept of a virtual machine. Every device that runs Java has its own Java Runtime Environment, or JRE for short, to perform the computational work, and as such, the actual Java bytecode that comprises a specific program can remain largely unchanged from one device to the next. This makes it extremely easy to create a consistent core body of application code and then perform little tweaks to accommodate specific features, such as OpenGL graphics, Android file saving schemes or POSIX-compliant server operating systems. Best of all, there are multiple versions of the JRE, so it’s a good bet that most computers and mobile devices you encounter will support Java programs.

One of the cool things about Java is the automatic garbage collection feature that distinguishes it from other C/C++ like languages. Suppose your employee-tracking application user wanted to look up a record for a specific individual. After the information has been downloaded from a remote server and viewed, it needs to be deleted from the user’s system memory so that it’s not just tying up valuable space. Java takes care of this garbage collection automatically, making it far easier to create huge apps that deal with vast quantities of data on demand. With highload Java application development, you can build extensive systems without having to clean up each item manually or risk running out of memory.

Like many modern programming languages, Java is also object-oriented. If you want to create a new type of universal record corresponding to the items you sell from your warehouse, for instance, you can simply use a generic template object, or Java class, and then fill in the blanks for each specific item you stock. If your generic template includes blank fields for a product’s SKU number, its name, its price and the quantity remaining in stock, applying the class strategy will ensure that every real-world item you record contains those fields. In addition, if the class has a single method for saving info to a database, you pretty much guarantee that your records will all conform to exactly the same format. You may have a lot of time on your hands, but using Java’s object-oriented approach is far better than manually formatting each specific item or having to go back and change thousands of them individually when you decide to start tracking new information, like product sizes or employee sales statistics.

Of course, highload Java application development also relies on some special features of the Java language. For instance, Java programs can take advantage of multiple processor threads to perform complex tasks quicker via a divide-and-conquer strategy. The JRE also supports highly capable networking protocols; your apps can share resources and take advantage of distributed computing power without you having to implement an entirely novel communication standard in the process.

Also bear in mind that Java functions and operations can be triggered by specific events. This is well tailored to highload Java application development because you can wait for a user to generate an input or request information before you start using system resources. As such, you can create a highly organized handling system that makes the most of the servers and hardware your app is running on.

Finally, highload Java application development takes advantage of a huge range of already-available APIs. Remember how we noted that Java’s development was originally influenced by a need for more application-ready code bases? Well, coders around the world have created, tested and published tons of Java tools that let you interface with other programming languages, test the functionality and speed of your own code and even simulate responses under various user load conditions. As such, it’s entirely possible to build a full-fledged application rapidly and then perform customizations and changes that optimize it in accordance with your business purposes or changing user needs. Since the first JRE was released in 1996, the Java language has been employed by a host of governments, nonprofit organizations and businesses around the world. Although their purposes naturally vary, a huge percentage of the software we rely on today is dependent on highload Java application development strategies.

Google and Microsoft, for example, both utilize some form of Java in their Android and Windows-based mobile device, and even though you won’t find any Java support on iOS devices, it plays a huge role in Apple’s OS X family of operating systems. Similarly, Java has always been a major hit with the software firms that released web browsers, and most feature some form of integrated plugin that works with the system JRE.

Highload Java application development principles have been notably employed in many major projects that subsequently went on to achieve huge global successes. For instance, the insanely popular sandbox game Minecraft was originally written in Java, allowing it to run on Windows, OS X, Linux and even Xbox. While you may not be aiming for selling your software to more than 54 million users, like Minecraft’s creators did, the fact that you can make incredibly complex apps with highload Java application development should definitely be encouraging.

Where Should Your Organization Go From Here?

While there are scores of tutorials about Java that make it easy to jump in and build something basic, don’t be misled by the language’s widespread accessibility. Creating a highly-optimized application that responds to user demands reliably and resonates with their desires usually requires expert assistance.

Start by working with someone who understands the myriad nuances of highload Java application development. Serving a diverse range of international clientele since 2003, ISS Art is well-versed in optimizing existing highload applications and constructing comprehensive new solutions.

Our portfolio is comprised of more than 500 successful projects, including multi-functional Java applications that currently support tens of thousands of users and facilitate hundreds of thousands of requests on a daily basis. Learn more about mastering highload Java application development by contacting an ISS Art representative or visiting us online at issart.com.

How to select a good server-side Web framework