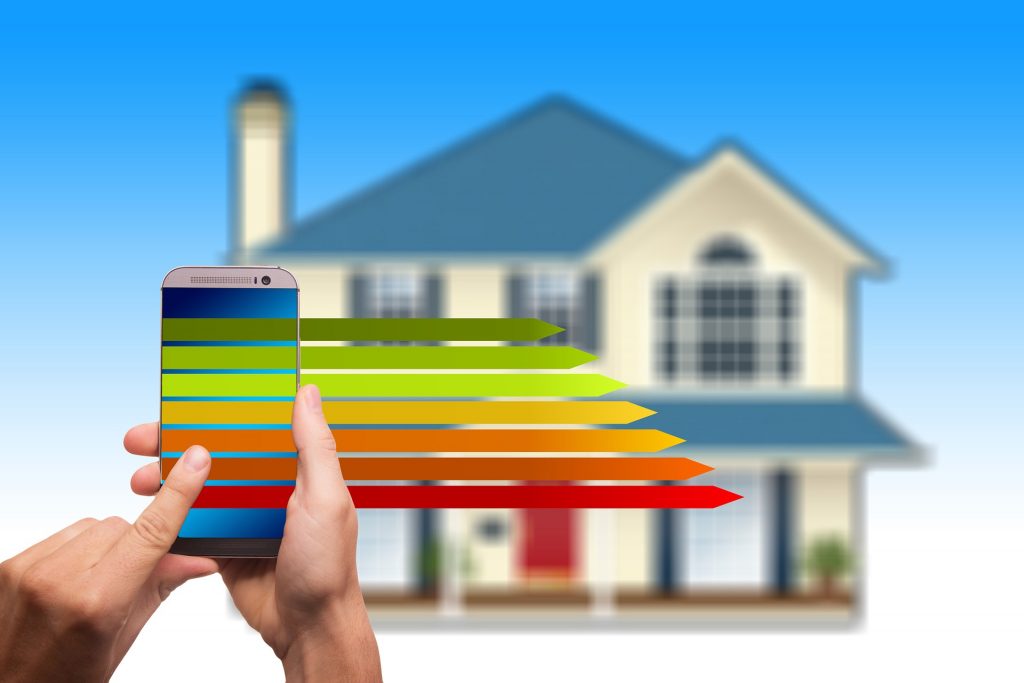 But what exactly is the Internet of Things, which is so popular today? Simply put, this means that machines, devices, vehicles, and other objects get access to Internet and/or locally deployed platforms that allow managing all these objects (think of a smart home platform), and can be further connected with one another.

However, not everyone knows how IoT actually appeared. Read further to learn how it developed, and to get familiar with outstanding examples of IoT applications.

How did IoT originate?

Several decades ago computers didn’t look like they do today: they were large. So large that a computer could occupy the whole room. However, as the years went by, technologies were constantly improving, and computers gradually decreased their size and increased performance.

Today one can purchase a computer that will have thousands of times more speed, memory and performance than a computer in 90s (and it will be cheaper today than it was then).

The development of cell phones also went at an accelerated pace. As a result, today’s smartphones have chips capable of running applications and games that desktop computers could not previously have.

As technology is improving, the size of devices gets smaller and their power consumption is reduced as well. This, in turn, led to appearance of small devices powered by a battery. So, computers used to be big and weak, but now they are small and powerful enough to perform certain actions.

What smaller computers can do

To make IoT happen these small computers by themselves are not needed. In other words, they are not used as computers in the sense in which this term is applied to home computers; they are rather used for solving specific tasks.That is, they are needed to gather information from sensors or cameras and transfer it somewhere in a single place. These small devices are capable of communicating with either the common module – the hub, or with each other (peer to peer), although the latter is a more complex case. Then the hub transmits the collected data to the Internet on a cloud platform for processing.

In addition, there is no need to write code for IoT devices and infrastructure from scratch now – many ready-made mature and proven libraries have appeared which can be used as building bricks. This, among other things, lowered the barrier to entry into this area and simplified the development process.

Solutions for enthusiasts which can be used even without diving deeply into the hardware part also appeared. Raspberry and Arduino are the most popular ones.

The Raspberry Pi is actually a computer with an operating system, USB, storage and video. In addition, it has easily-accessed input and output pins. As to Arduino, it is a simple micro-controller board. It can run a simple program over and over again to accomplish a desired function. Unlike Raspberry Pi, it has no keyboard/mouse input, no video output, and no operating system. Although it is rather expensive to build projects with Raspberry and Arduino, the good thing is that it is possible to deliver prototypes to immediately check the utility.

Making a prototype on Arduino is fast. But the cost of the board on Arduino is higher than that on the microcontroller. This factor is critical for mass production. So, it is possible to redesign the project for a cheaper microcontroller after the the concept is proved. By the way, there are microcontrollers compatible with Arduino – ESP8266 by Espressif is an example.

Thus, all this together led to the appearance of such an area of IoT, when there are small chips that, in tandem with the sensor, can collect information and transmit it somewhere. These can be temperature sensors, humidity sensors, lighting sensors, smoke detectors, distance sensors, movement detectors, and many more. These devices can be inserted into different electronics to make it “smarter” – kettles, switches, lamps, and even into clothes – say, to to read the heart rate. By the way, Ralph Lauren company with The Polotech Shirt capable of recording the biometric readings of Athletes (such as heart rate, calories burned, breathing depths, etc) was a pioneer to present IoT to closing industry.

Also, manufacturers make platforms, to which it is possible to connect products of the same manufacturer (such as smart light bulbs, sockets, or a kettle), to manage them from one place. Just a few examples of automation systems that have such platforms.

Where can IoT solutions be applied?

Today IoT solutions are applicable in a variety of spheres – manufacturing automation, “smart home”, wearables, medicine and healthcare, and many more. Although many examples of using the IoT have already become common for many people (say, smart home devices or wearables), some solutions are truly non-standard and are able to change the usual course of things in various areas of life.

Let’s look at some outstanding applications of IoT.

BabyBe Company has developed a unique system which allows premature babies to feel the heartbeat, breathing motion and voice of their mothers whilst inside the incubator. This is achieved with the help of the complementary device for Incubators and that connects a mother with her premature baby by replicating the movement of her heartbeat and lungs. Studies of BabyBe practical application have already shown that with this system, time needed for premature babies’ healing and development can be significantly expedited.

Shockbox is a must-have device for collision sports. After being attached to a player’s helmet, it is capable of measuring head impacts by means of sensor technology and Bluetooth. If the device detects a player has experienced a hit that can potentially result in a concussion, it sends an alert to a coach’s smartphone.

And one more example of IoT application in healthcare that certainly deserves our attention.

Siren company has developed unique Diabetic Socks which are made of neurofabric – the first textile with the built-in microsensors. Based on the foot temperature changes data, this product diagnose diabetes in the early stages and prevent foot injuries.

Lilium company is currently working on a very promising project – the world’s first electric vertical takeaway and landing jet. It is also called a “flying taxi”. When it goes live, it is supposed to be capable of flying from London to Paris in just one hour.

Click and grows offers quite unusual products – automatic indoor gardens and farms. With these solutions, one can grow favorite plants (herbs, salad greens, fruit, flowers) effortlessly – gardens and farms are supplied with automated watering and lighting.

Many IoT devices are controlled with the help of voice commands. Singlecue offers an alternative approach – to manage the devices (say, a TV, a stereo system, a smart lighting system or a virtual assistant) through the use of gestures. Singlecue product is compatible with a great number of devices most of us already have (and they don’t need to be smart super fancy).

As many other promising areas, IoT development is associated with certain challenges.

What are they? Let’s look through the most common ones.

Of course, it’s rather scary to imagine, but what if your smart device (a kettle or a heating system) fails? Troubleshooting may take a certain time. One more issue here is not to damage the surrounding objects and, more important, not to injure anyone.

There is another set of security and privacy concerns – interception of control, logs, substitution of values from sensors become possible.

What will IoT bring us further?

Looking at the benefits IoT solutions provide, it is fair to say that they give people a completely different level of comfort. This is especially true about the lives of households. For example, setting the temperature in the room based on a person’s preference, or warming up tea by the time a person comes back from work have become common tasks for smart devices. And the list of opportunities is constantly growing.

Manufacturers equip their production lines with innovative robotic systems and thereby bring their processes to a qualitatively new level.

We are pretty sure that in the next years and decades creative minds will continue to design new unique solutions using the Internet of things that will undoubtedly improve the quality of life and enhance certain processes.

However, despite the variety opportunities that have been discovered with IoT, some people are beginning to worry that machines and devices are gaining more control over activities that humans previously performed.

What do you personally think of rapid IoT development? Voice your opinion in the poll below and share your thoughts in the comments section!

How to teach Raspberry to detect movement