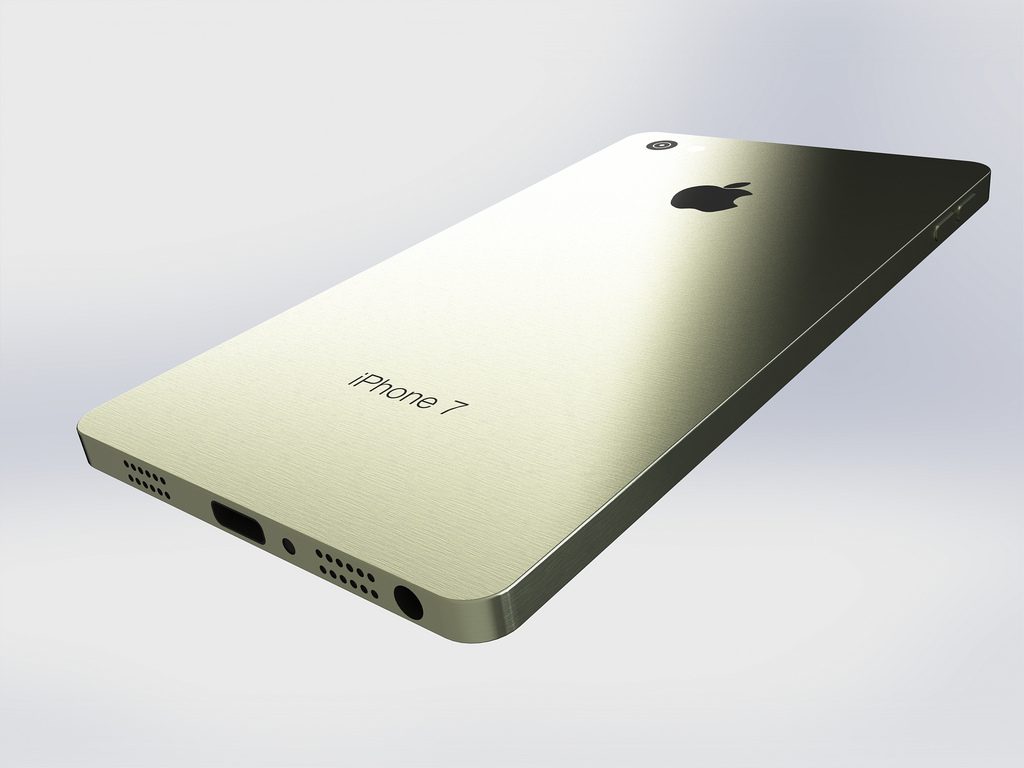 So when can we expect the iPhone 7?

Unfortunately, fans hoping for answers in Apple’s latest product press event in late March were given very little information as to what to expect in the iPhone 7.  However, unless Apple gets in a rush to capture the back-to-school shopping crowd or has to spend extra time allowing a key supplier to recover from earth-quake damage, based on past iPhone history we can expect a mid-September product launch.  Following past format of a Tuesday or Wednesday launch we can speculate that Sept 6, 7, 13, or 14 are likely availability dates.

In the meantime we’re left to speculate with the very best information available.  There has been some radical speculation about the case design – including a possible ovoid cross section and/or a wrap-around display, but the few (likely authentic) leaked photos show a form factor that closely resembles the iPhone 6 lineup.  The two (and possibly three) models are likely to sport a 4.7” screen for the iPhone 7, a 5.5” screen for the plus model, and a speculated 4” screen for an SE like model.  It is also likely that the new lineup will sport a thinner case, going from 7.1mm to 6.1mm, assuming that the 3.5mm audio jack is being sacrificed or slimmed down (more on that later).  The familiar antenna bands across the back are likely moving to the case edges and sides.  The chassis design is also rumored to provide for two speakers.  This would enable stereo sound, which could be used to provide sound “depth perception” and other cool effects.  The camera protrusion is also expected to be reduced or even eliminated providing a sleeker design through a slimmer overall profile. It’s likely that the case will continue to be a liquid metal chassis, although ceramic has also been rumored.  Ceramic is still unlikely, since it’s speculated that the new case design offers better EMI shielding to the internal components, allowing for denser component placement which in turn allows greater functionality to be packed in to a thinner package—features which are easier to implement with the traditional chassis.  Whatever materials are used, you can be sure they will be sturdy in order to avoid a repeat of “bendgate.”

The existing models’ Lightning Connector shouldn’t be going anywhere, but it will probably be slimmer and sleeker to accommodate the thinner profile.  There is much speculation that the new case design will be water and/or dust proof in response to customer demand and recent rival products.  Even if this is the case it’s not likely that normal recommended usage would include prolonged or deep submersion. Possible leaked Image of back of iPhone 7 from trustedreviews.com

What can we expect from the next generation iPhone Display?

Although the display is expected to be a familiar size, that’s where similarities to the iPhone 6 will end.  The new display is expected to have a higher resolution with the base model at or above the 401 pixels/inch sported by the iPhone 6 plus models.  The edge to edge screen is expected to be tougher as well, possibly using Corning’s Project Phine technology to achieve greater scratch resistance while improving over previous models’ shatter resistance qualities.  Another interesting possibility is that the iPhone 7 will adopt the anti-glare properties Apple built in to the recently released iPad Pro.  It reflects only 1.7% of ambient light which would be a three times improvement over its nearest Android competitor.  This would enable lower screen brightness levels and thus less battery draw in high ambient light conditions.

There has also been some speculation that the “home” button will be incorporated into the screen real estate for a sleeker “buttonless” look, while still providing finger print sensor capability.  Should the new case design be water proof, it’s expected that the touch screen will also be “wet finger” sensitive and possibly even allow for submerged touch screen use.  Possible early release photos indicate the case back may support a smart connector, but at present there is no reliable indication as to what that might be used for.

Will the iPhone 7 really make our headsets obsolete?

As was mentioned earlier, it is almost certain that the 3.5mm audio jack will be exiting stage left with this model.  Apple does hold a patent for a slimmed down “D” shaped 3.5mm connector, so a new connector style is possible, but it’s unlikely for several reasons.  The first is that any connector challenges the slimmer product case design.  A second reason is that connectors take up valuable space within the case that could be used for additional components or battery size.

Apple may also be interested in making pesky headset wires obsolete.  While Lightning Headphones (that plug in to the Lightning port) will probably still be supported, the speculation is that Apple will be strongly pushing Bluetooth headphone sets, even going so far as to make each ear bud an independent receiver—thus eliminating the need for wires altogether.  There is also speculation that noise cancelation technology will also be introduced, allowing for clearer recreational listening and phone reception. Will the iPhone 7 see increases in memory, storage, and performance?

Performance should also see an upgrade with the next generation of A10 processors.  More cores, higher operating frequency, and greater memory bandwidth are all predicted to be design goal improvements over the iPhone 6 A9 processors.  Extra horsepower will be put to good use supporting higher graphics performance on a higher pixel screen for better gaming experience.

How will battery capacity and charging change in the iPhone 7?

Battery life is always at the top of people’s minds when new generation products emerge.  Leaked photos from likely suppliers seemingly indicate that the iPhone 7 will continue to have a lithium ion rechargeable battery with a very similar charge capacity of 7.04 watt hours compared to the 7.01 watt hours of its iPhone 6 brethren.  Some recent competitors’ products have released with wireless charging, and that there is evidence that the iPhone 7 will also follow suit.  This means that in order to recharge the phone battery, users may not need to fiddle with small plugs and connectors, but instead can simple place the device on a recharging pad or cradle.   These charging accessories generate an alternating magnetic field which is picked up by coils, allowing clever circuitry in the phone to recharge the battery.

What’s this I hear about new iPhone 7 camera technology?

Much speculation has been directed to new camera technology.  While the iPhone 7 is likely to continue with familiar camera technology, there is much anticipation that the plus version will contain two camera lenses each capable of producing up to 21 mega pixel images.  The two lens design pushes DSLR capabilities allowing for faster shutter speeds, lower light image capabilities, and post image focusing possibilities.  A 2-3x optical zoom is also anticipated.

Will the FBI love the iPhone 7?

Not least of all many observers expect Apple to make additional encryption and security protections a focus of this next release.  The recent San Bernardino terrorist case and subsequent demands from the FBI that Apple assist with cracking their own phone safeguards has led to increased attention being paid to these issues for the iPhone 7.  When the FBI dropped its suit to force Apple to comply, it was assumed that the FBI was able to use third party hardware intervention techniques to crack this particular phone.  While it is probably too late to make many additional hardware modifications to the iPhone 7 core design, many assume Apple has undertaken a significant effort in terms of software changes to ensure that even its best efforts will prove futile in cracking into future products.  Meanwhile, the US Senate is crafting a bill to require companies like Apple to build in-product cracking mechanisms, so it will be interesting to see how this all plays out as we get closer to the anticipated late summer/early fall release date.

How does the iPhone 7 stack up to the competition?

So how does the highly anticipated iPhone 7 match up to its nearest Android competitors?  It’s a bit disingenuous to overspeculate, but looking around at the Samsung Galaxy S7 or the Motorola Droid Turbo 2 demonstrates that the iPhone 7 might be up against some seriously stiff competition.  Whatever features you are looking for are likely to be met or exceeded in Android phone choices.  The Galaxy S7 has a beautiful look and feel that could have come from Apple itself while packing many great features.  The iPhone 7 is unlikely to approach the durability or battery life of the Droid Turbo 2. Apple’s main advantage continues to be its unique iOS operating system and the particular care Apple designs in to the overall user experience, especially when considered against third party products.  Android phones will almost always have options that offer better feature sets in any particular limited dimension, so if an underwater camera or a 48hr battery life is at the top of your “must have” list there will probably be more suitable options for your next phone purchase.  However, in terms of general performance, Apple has reliably trumped the competition.  Of course, this comes at a price; if you’re price sensitive, sticker price for a next generation iPhone is likely to give you pause.

Will I be camping out to buy an iPhone 7?

No matter what the Apple iPhone 7 ultimately looks like and delivers in the way of a feature set, it’s likely to be a beautiful phone with some outstanding capabilities that many will consider a must have upgrade.  Expect long lines for that September release date.

What challenges do software development companies face while working with foreign customers?