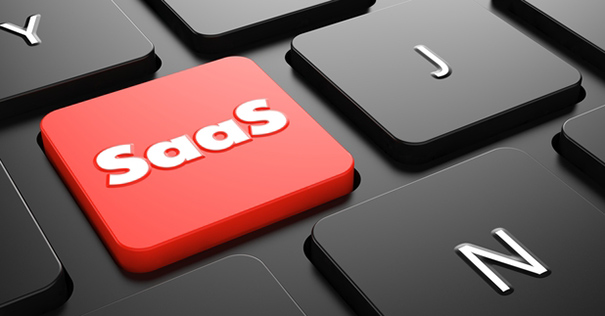 Hi Krishnayan, thanks for your comment. Indeed, having a SaaS framework makes life easier:)

Software as a service (SaaS) solutions come with a number of unique implementation problems, not the least of which is the fact that they can be developed according to a wide variety of methodologies. Although it’s nice to have freedom of choice, the SaaS development strategies you ultimately pick can make or break the viability of your finished product. Java SaaS application development often cuts through such uncertainties by allowing firms to deliver high-level, consumer-ready products uniformly.

Although we’ve completed a huge variety of projects using Java SaaS application development at ISS Art, we’ve definitely noticed some common factors. Here are some of the potential advantages of a Java-based game plan.

One of the biggest focuses for firms that develop SaaS applications is ensuring that they’re portable and consistent. After all, it’s rather pointless to create an app for your consumers if they can’t actually utilize it with their hardware. Similarly, if their platforms only have limited support for the technologies your app relies on, your service teams are likely to spend days troubleshooting and tweaking features until they work just right only to have to do it all again when the client makes a change.

Don’t think you’re off the hook just because you’re creating an SaaS app that you plan on using internally at your own facilities or subsidiaries. Regardless who you’re targeting, it’s vital that your solutions function correctly and do so right out of the box if possible.

These concerns are paramount with any application development strategy, but methodologies like Java SaaS application development can ensure that your portability and scalability requirements are actually satisfied. Java plays nicely with other languages, and it facilitates a vast library of APIs that enable advanced functionality. Cross-platform testing and performance comparison is much easier when you can evaluate the same code base on different hardware, and Java’s JRE model is ideal for this.

Naturally, there are multiple ways to employ a diverse technology like Java to implement your next big SaaS project. While you could always build your application from scratch while following an ITSM framework to ensure that things remain manageable, for instance, you might just as easily adapt existing APIs to your needs. It all depends on your goals and the targets you set for your project. It’s generally advisable to begin by defining your endeavor as clearly as possible. Whether this entails creating explicit service definitions in accordance with a scheme like ITIL or MOF 4 doesn’t matter; as long as you’re consistent about thoroughly delineating the nature of your SaaS solution, you’ll be able to develop a plan of attack that your organization can actually handle.

Most firms that employ Java SaaS Application Development strategies find that they have to do more than simply create business software. Although platforms like Apex and Microsoft’s .NET do a good job of building business applications, they lack the extensibility required to implement software that is truly all inclusive. Consider the case of a firm that asked ISS Art to develop a highload construction site management system. In addition to needing to handle an average of 100 simultaneous requests and between 50,000 and 150,000 requests daily, the app needed to track around 35,000 unique users. Making the project even more complicated, we were tasked with including various supplemental functions, such as document management, collaborative work tools, data-sharing widgets and fully functional 3D modeling features.

One of the factors that made Java such a good choice for this project was that we were able to integrate a host of other technologies, including Flex, MySQL, JavaScript, PHP, C++ and WinAPI among others. As such, we could build all the sub-applications and their components around a unified central system that incorporated both the basic MVC architectures needed to implement the individual parts and the high-level processing functions necessary to run the backend as smoothly as possible.

Of course, we could have definitely gotten this project to an acceptable state via other methods, but our use of Java SaaS application development concepts definitely paid off in the end. When we needed to increase the load by leaps and bounds following the initial launch, we were able to do so readily using Amazon Web Service (AWS). The AWS Elastic Beanstalk feature’s built-in support for Java deployment made the transition much easier than it would have been otherwise, but had we used a more obscure language or application framework, the project might not have become such a huge success.

In the end, your choice of an application development strategy should be equally guided by your known needs and the potential for future expansion. Leaving yourself with a backup plan by building on a flexible framework is the best way to ensure you don’t end up getting boxed in when your users inevitably demand changes.

Java SaaS Application Development Can and Should Be Customized

In most endeavors, the tool ought to fit the task at hand, and software development is no exception. Although ITSM frameworks are often used to standardize the way firms develop software, they shouldn’t overwhelm the needs of the project in question, and nor should the constraints imposed by the APIs and libraries your project employs.

For instance, it can be very tempting to simply take advantage of existing SaaS Integration Platforms (SIPs). Diverse office software suites, like Zoho and Google Drive, are undeniably increasing their role within the modern SaaS market, and their broad utility does present some benefits. Although these platforms facilitate easy document handling, data analysis and other functions, however, the fact that they’re third-party offerings may actually work against you as you attempt to create a comprehensive SaaS solution. The time you save in development, for example, could very well be lost again when your users have to spend cumulative hours reformatting files or transferring documents from some third-party app to your custom platform.

Similar setbacks can occur with APIs. No matter how functional they are, third-party Java libraries may lack the vital capabilities needed to implement features the way developers originally intended. Use them, but don’t let them dictate the way you write code or implement core classes and their methods.

As an alternative to simply adapting existing apps and APIs to your purpose, don’t be afraid to dig down deep into the heart of what makes them tick. True, Java SaaS application development is easier when you can rely on building blocks, but at some point, you’ll need to decide when it’s time to strike out on your own and start creating novel solutions.

What we’ve covered thus far is extensive, but it still barely scratches the surface. For instance, effective Java SaaS application development also considers the implementation of practical features, like data escrow arrangements to protect your consumers and integration protocols that permit the safe transfer of information between your app servers and secure user systems or networks. Testing methodologies and ongoing deployment analytics also need to be accounted for so that the service actually satisfies its users and keeps you in good standing with them.

It helps to have some prior experience with Java SaaS application development. Although there are definitely people who mystically transform into absolute geniuses the instant they open up a code editor, mere genius doesn’t suffice when it comes to large-scale deployment projects. SaaS application development requires immense foresight and the familiarity needed to assess the viability of different methods hypothetically before they’re implemented as well as empirically after the fact.

ISS Art products are used around the world by private firms, credit institutions, entrepreneurs, government agencies and educational facilities. Visit us online at issart.com, or contact us at info@issart.com to learn more about how we can put the cloud to work on your behalf.

Modern Technical Solutions That Are Used By Startups