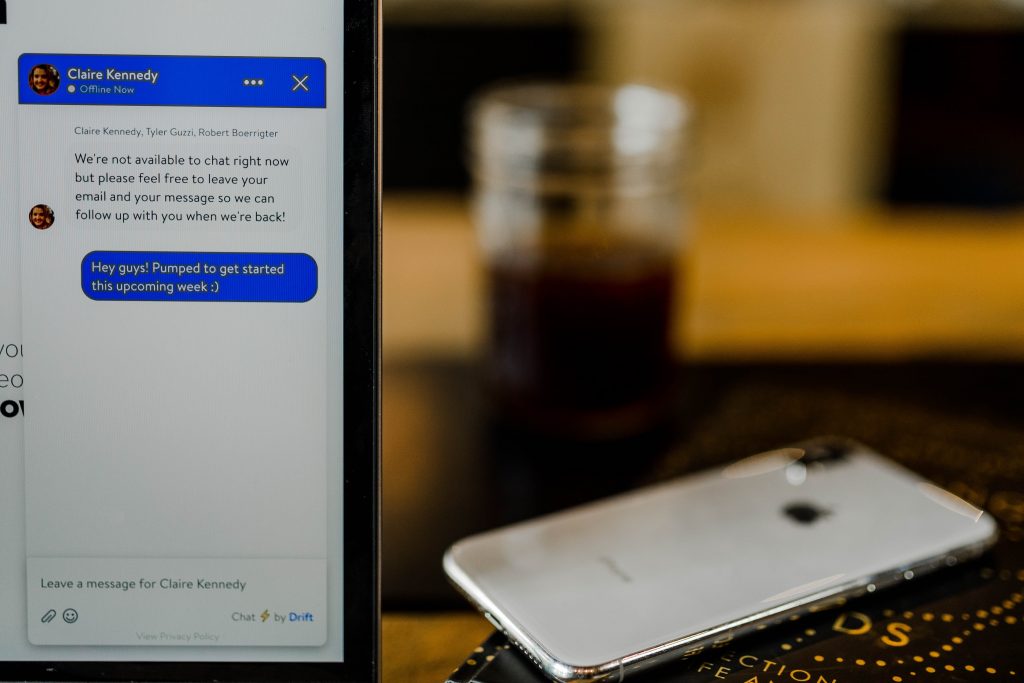 Implementing DialogFlow chatbots is cool and convenient if you have something trivial and easy to prototype: fancy UI – easily, extracting base entities like name, surname and phone number – here is a tool if don’t want to install and deploy – cloud solution is at your service.
But what if you need to go deeper:

– Do you have a Japanese tokenizer, dear DialogFlow?
– Nope
– Transparent and customizable intent classification tool?
– Sorry, guys.
– Also I want to integrate my search index, knowledge graph and custom dialogue management policy.
– What are you talking about?

In a nutshell if you want fully controlled system, if you need custom advanced AI in your app, if you need natural language processing in your chatbot pipelines, if you want to scale your chatbot behaviour – on-premise solution is the way for a chatbot developer. And here it’s Rasa framework that really shines.

All ai chatbots developers have gladly met new update from Rasa chat bot framework – now 1.0 version is available and  it’s ten times cooler than it’s 0.9 version ancestor. Now there is single entry point for bot and NLU modules (no need to run separate NLU process), cool CLI for managing your models and Rasa X – UI for fine-tuning your bot and training it on the fly, all the stuff is at your service. This makes moving to Rasa from other cloud-hosted solutions more attractive, Maybe it’s time to migrate your DialogFlow bot to more maintainable and customizable Rasa platform.

Recently Rasa team has updated their product with migration tools that are compatible with Rasa 1.0 version. Check out this article. It’s an official Rasa blog article, and it has very thorough description of how to move your DialogFlow agent to Rasa platform, but it lacks one issue – how to convert dialog tree into (and probably that’s the most important one). Read our approach described in this article if you also feel this gap to be painful.

But first  let’s look at some Rasa and DF data structures and how they are related, define common terms and scope of work.

Dialog is a chain of request-response pairs expressed in natural language to lead a user from some starting point to one of ending points accompanied by some side effects like searching information in 3rd party sources,  changing DB records, preparing artifacts etc.

Transition from one state to another is governed by algorithm which detects the intent. The Intent is a user message category which is derived from user text input. This implies that user wants some action from a bot and expresses it implicitly with natural language phrase. Bot’s task is to decide which category should be assigned to a given natural language phrase and do some desired action.

Examples of intents can be following:

So it’s some kind of directed graph, which may include cycles – when bot didn’t recognize human input correctly or intent or didn’t manage to perform a side effect  it can return to previous states to clarify some data issue from user’s side.

Probabilistic nature of predicting the intent in Rasa makes training bot behaviour routines scalable – instead of following complex rules for bot to stick to dialogue branching, the goal transition from one step to another is calculated in terms of probability, and the most probable intent is transitioned to.

Training data for NLU is stored in nlu.json file and  looks like this.

Detection what user wants (or NLU – natural language understanding – task) is necessary but we definitely need the bot to respond and govern the flow of conversation. So we need some more stuff to resolve.

There are several things you have to know to prepare data for training your bot. And intents, that were covered above, are only a part of the inventory list in Rasa data model.

Besides intents there are also:

Actions (as by definition)  are bot reactions to user intents. When detecting an intent bot chooses which action to apply for user’s response. The action may be a simple utterance, a question for clarification of user request or a side-effect – making external API  call or altering DB or whatever you need.

Intent-action mapping sequences are grouped by higher order entities called stories. A story is a description of user path from starting point to the end of user goal. Stories are written as plain list of steps with an intent (or several intents) mapped to one or more reactions.

Example of a story is the following:

All migration stuff except this can be treated with Rasa cli commands, and it’s cool, but when it comes to a question on how to migrate a tree of dialog the blog has the following answer:

Since DialogFlow’s dialogue management is a rule-based approach, you cannot export any training data which you could use directly to train the Rasa dialogue model. The good news is that you have access to conversations history on DialogFlow and you can use it as a basis for generating training data for Rasa Core model.

So the recipe is “go to your log of bot’s conversations and write stories by hand”.  Don’t give up – there is a way how automatically or semi-automatically to solve this. Let’s move to …

First we are going to collect intents and examples with code like this:

So now we have a list of objects representing states of dialog, that can be viewed as nodes in dialog graph. Let’s convert them to graph nodes where intent name will be a node identifier and all the rest will be node’s metadata. We will use networkx library to do all graph related stuff.

Now when we have a connected graph and we can unroll it into plain list of intent steps. All we have to do is to find paths from a starter intent to termination intent. Luckily networkx has a handy method all_simple_paths exactly for this task:

Though this approach is quite simple and doesn’t extract entities, or handling fallbacks, but you can tune this to capture all this issues if you take relevant data from nodes meta-data.

This approach can be extended to other sources of data. If you have any other data structures like DB dump or txt files or something else you should do the following:

Have you ever tried migrating anything from ai chatbots to RASA? Please share your pain and insights in comments!