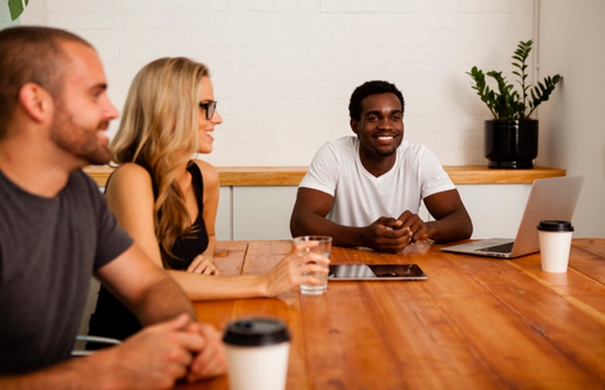 Each passing year it seems like technological advances develop faster than they did the year before and 2015 is no exception. While we have seen some recent technology trends gain momentum over the last few years, this year it looks like some of them may make significant advancements in use on a broader scale. Advancements in technology mean cost savings, efficiency and the development of new products, which offer consumers new and exciting benefits. In addition, modern technical solutions that are used by startups and introduced into the marketplace, open new doors of opportunity for web developers and entrepreneurs. It provides a chance to develop apps that enhance and improve a product or service.

Smartphones and wearable devices have made staying connected everywhere you go simple, even for less tech savvy users. This trend has been ongoing for a while, but looks sure to continue as the functionality of smartphones and smartwatches continues to expand. Eventually, look to be connected to almost everything everywhere you go, with the ability to transfer data almost instantaneously.

This is an easy trend to see based upon many recent developments, but one example, as reported by prnewswire.com, is the Hyundai Blue Link platform. Blue Link will allow Hyundai owners to connect with their vehicles via an app on their smartphone or smartwatch to remote start their vehicle, unlock the doors and a whole list of other functions.

IoT (The Internet of things)

The Internet of Things continues to grow and looks to be close to making a significant leap forward in practical use. Bestcomputersciencedegrees.com recently posted a study that estimated the global market for the Internet of Things would reach almost $9 trillion by 2020, a huge increase over 2012 at just under $5 trillion. Additionally, they cited there would be twenty-five billion autonomous devices connected via the internet by the year 2015. Monitoring sensors have been used for a long time and for a variety uses, such as weather monitoring, temperature, air quality, fitness trackers and health monitors. In fact, we have a lot of experience with building systems that allow the processing of huge amounts of meteorological data and there looks to be some real breakthrough advancements within the monitoring sensor market this year. The RTB market has been growing rapidly and for the next few years to come, it looks to get even stronger. While some publishers are trying to fight this trend, there is no denying RTB delivers efficiency and value to advertisers who are looking to maximize results. According to reportsnreports.com, the RTB market is on the edge of exploding with an anticipated increase of just under 42% from 2015-2019.

While augmented reality has been a topic with a fair amount of buzz in recent years, most of the applications have focused on games, entertainment and general consumer use. In 2015, we will see a broader use of augmented reality applications, particularly in the government and industrial sectors. As outlined by spectrum.ieee.org, the 2015 Consumers Electronics Show featured companies such as Epson, APX labs and Scope, who demonstrated working applications for a developer version of the Moverio Smart Glasses. These applications are directly targeted towards government, industrial and military uses.

Modern technical solutions that are used by startups such as the above technologies appear to be strong trends for 2015. However, a trend does not necessarily mean a particular product or development will become instantly successful. There are a lot of moving parts in bringing a full-scale solution to the marketplace that is affordable for the intended customer and delivers a high quality experience.

This means top tier web application developers are needed to perfect and expand the capability of new technologies. This generally happens over a span of years as new apps and software components are tested and slowly integrated with the existing platforms.

As Top Software Developers, we have many years of experience developing solutions for modern hi-tech devices and know the set of technologies you use for development plays an important role. For example, JavaScript has been our programming language of choice in the past couple of years, but we are now looking at moving towards TypeScript as a replacement.

We do not take a change in the use of technologies lightly as we know this can sometimes create more issues than it solves. However, given our vast experience we recognize the need to evolve with the new demands of modern hi-tech solutions development. You can read more about our overall thoughts in this post about using new technologies. However, regardless of the technologies you use for development, some core steps should be followed.

Before venturing into app development for a new technological advancement, it is vital to do detailed research and conduct surveys. The initial research and information you receive from potential consumers will shape some of the core elements of your application design. What you think are the most important features may not always be what the end user is really looking for. Develop a working prototype first, so you can see the app function in real time and have something real to test. You want to build a prototype in the least expensive way possible, but having a prototype of your app that you can use to test and show will save you an endless amount of money and time when you start to design the actual app for release.

Pay particular attention to the user interface and ensure it is perfect, in both look and function. Today’s consumers are accustomed to having UIs that are high quality, easy to use and look amazing. If you decide to take a shortcut or try to slide by with a UI that is subpar, that alone can be disastrous, even if the rest of your application is fantastic. The best variant to have perfect UI is to use Java Script.

Test it again, again and again! Beta testing is extremely important to conduct before releasing your app to the marketplace. Having the opportunity to clean up small bugs, negative aspects users do not like and adjust the look of the app before release, is invaluable. The information you will receive from feedback during beta testing can often make the difference in the ultimate success of your app.

You should now be ready to finally release your app to the market in its full featured format. If you have taken proper steps and designed your app with a solid foundation, then it will be much easier to make small tweaks to the final product once it is released.

While developing an app is not an easy task that can be done quickly, if done properly, it can bring amazing satisfaction and excitement. Additionally, the financial rewards are almost mind-boggling, considering the exploding growth in the global mobile market and internet based consumer activity.

Modern technical solutions that are used by startups often lead to broad based market solutions for millions of consumers. It is typically a long process from the time an innovation is born to becoming a trend, and then eventually becoming a viable solution for the intended end-user.

However, with every technological innovation comes opportunity for creative and talented web developers and entrepreneurs. If you take the necessary steps and listen to your target customer, they will tell you exactly what to build and how to build it.

What do you think is the next big trend? Are you working on something new and exciting right now? Leave us your comments and let us know what you think will trend in the coming year.

Relevant Article: ISS Art technology stack Building such solutions by using technologies that we checked out and proved to be efficient!