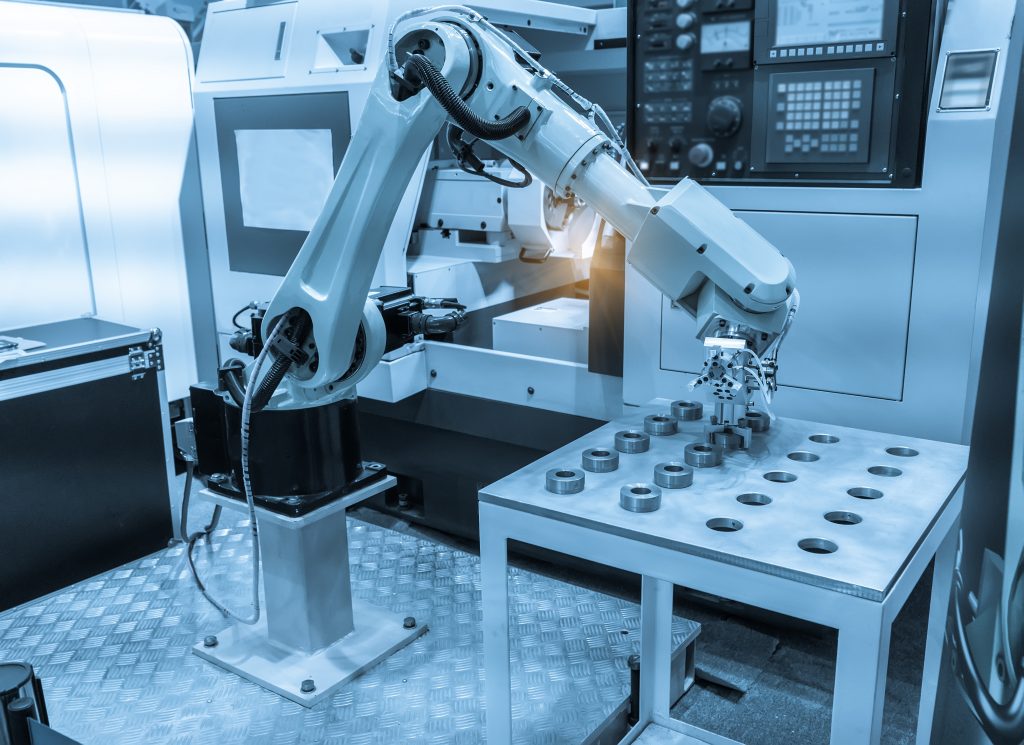 Industrial automation promises to make your organization far more profitable and succeed faster than ever before. It promises to improve product quality and increase a manufacturer’s flexibility.

Specifically, organizations can speed up and optimize their repetitive and discrete processes. By collecting better data and using advanced algorithms, machines can make the best production decisions so that the plant can reduce waste and improve the production process. Plus, with better data, your organization will be able to make better decisions.

Manufacturers have been drowning in environmental and production regulations combined with stiff competition caused mostly by globalization and the innovation of technology. If you want your organization to be around another decade, industrial automation might just be the light at the end of the tunnel.

It’s what organizations need to stay competitive. In the next five to ten years, there will be a sharp contrast between the businesses that use industrial automation, leveraged with big data solutions and next-generation technology, like IoT, and those that don’t. More profit and larger market share will go to the company that can tap into the unlimited power of industrial automation.

The ability to tap into the power of next-generation technology is exactly the problem most organizations will face. Every organization will be asking, “How do we unlock the massive potential value that exists in industrial automation and technology like IoT, machine learning, and big data?”

Being a Top Enterprise Software Development Company, we can say that organizations won’t have problems finding technology that can meet their needs and business objectives. The technology will exist, and the potential for that technology will be much larger than what most companies can imagine.

The problem will be learning how to use that technology in a way that allows you to solve your business problems. Many organizations will struggle with integration. It’s believed that 60% of big data projects will fail, according to Gartner.

The key to unlocking all of the value that lies in these innovative next-generation technologies is the implementation of Java. In this article, we will look at why Java is the best programming language to use if you want to be able to compete in the new industrial economy.

The Future of Industrial Automation

Before we dive into why Java is best for industrial automation, it’s beneficial to understand where the industry is heading. Right now, we’re in industry 3.0, which has allowed many organizations to further automate, increase efficiency and optimize their value chains. We have different systems for storage, tracking, production and more.

For example, manufacturers have access to ERPs that use advanced analytics to help decision makers create plans around various activities in the business. There are CRMs, programming solutions, and even GPS tracking alternatives.

But the industry is heading towards a machine and an automation process that is much “smarter” by  leveraging big data, advanced analytics, and the IoT. The goal is to create and connect embedded systems and smart production facilities to create a digital convergence between business, internal function and processes, and industry.

A “smart factory” would allow organizations to do some really interesting things. For example, a motorcycle-manufacturer might be able to gather data from the health of machines, the demand for their products, and their capacity to determine how fast an automated guided vehicle (AVG) should move.

Most organizations are operating at this level, yet. A majority of them are only able to collect data from machines in isolation.

To reach the new level of industry automation, organizations will need to design their systems for interoperability. Now, many companies have platforms, devices, and software that provides opportunities for automation. However, they do not communicate with one another.

Industrial automation involves the integration of machinery, equipment, and processes with sensors, computers, and software. The key word is integration. Something many organizations have been struggling with over the last few years.

Tons of manufacturers are investing in next-generation technology, but very few of them are getting any value out of it. They are failing because of integration issues.

By 2018, the majority of the companies will lack a postmodern application integration strategy and execution ability. This will result in greater complexity, integration disorder and cost, according to Gartner.

An organization’s ability to grow and compete in today’s environment is directly proportional to their integration to integrate their systems. The pursuit of an integrated system is no longer optional for any business, in good times or bad.

Without integration, you won’t get all of the value from industrial automation. For example, if the sensors can reliably predict and indicate the health of a machine, but it’s not integrated with your ERP, you won’t be able to determine how the health impacts the work capacity of a machine, your supply chain, or scheduling.

You’ll need your business and manufacturing processes and control systems to be a single, integrated, and flexible computer platform that allows you to build, deploy and update applications so that you can achieve your business objectives — even if they change quickly.

This is exactly the power that Java offers and why hands down, it’s the best language for industrial automation.

The Benefits of Java In Industrial Automation

There are many reasons Java is a the best choice for industrial automation, but at it’s core, it’s because Java is widely-known and flexible. For example, Java Virtual Machine (JVM) and Java bytecode allows for an application to be platform independent. By bytecode we mean a sequence of machine-independent instructions interpreted by the JVM, which is running on a host computer.

Here are the benefits of using Java in industrial automation:

The ability to run programs on different hardware platforms without changing the source code is a huge advantage. That means it can run on any machine and the code becomes very portable.

Being platform independent, also means that developers can simulate the run-time environment on a desktop computer, greatly reducing development time and increase safety. Compared to languages, like C, Java helps with memory management. C doesn’t have the tools like Java does, which means C programs can sometimes crash when a developer tries to access wrong memory address.

You don’t run into these problems with Java. Since the language is statically typed, it’s not possible for a developer to permit syntactical errors or mix types.

Java is one of the most common languages and an industry standard as it is the most scalable programming language that manufacturers could use.

The components for building a scalable system are widely available — some free, some commercial.  There are developers creating — and sometimes open-sourcing — out-of-the-box solutions. For almost every single problem, developers can access solutions.

You can try scaling with a different language, but the techniques and resources for scaling aren’t as well described as they are for Java.

Most programmers love creating code, but hate debugging. That’s because it’s not always easy. With Java, developers have an easier time debugging programs because of the number of tools available.

So, developers don’t have to download and setup a target PLC every single time they want to test the code, making debugging much, much easier. Plus, since debugging can be done independent of hardware, it means developers only need to debug a single version of the source code.

All of this greatly reduces project costs and completion times. Coding errors are reduced. And maintenance is simplified.

To leverage the power of next-generation technology like IoT, your organization needs total connectivity. It needs to be able to have your applications work seamlessly, reliably, and securely with other enterprise services, like those in the cloud.

Often, your connection type is chosen based on factors such as costs and device accessibility. Since Java supports a broad range of connectivity options, you can choose the best connection type for your solution.

Since most organizations have spent years squeezing out all of the costs in their manufacturing and supply chain, the only way to compete in the future is to completely reinvent the industry.

That’s exactly what industry automation promises to do. It promises to make your manufacturing and businesses process more efficient and profitable. But, the kind of automation that organizations need to achieve can only be done by implementing Java.

Being hardware independent allows organizations to run programs on different platforms. The scalable, modular deployment model allows decision makers to make better decisions. Lastly, Java is much easier to debug than any other programming language.

To learn more why Java is the way to go and how your organization can start using Java to achieve your manufacturing and business objectives, contact us today.

What challenges do software development companies face while working with foreign customers?